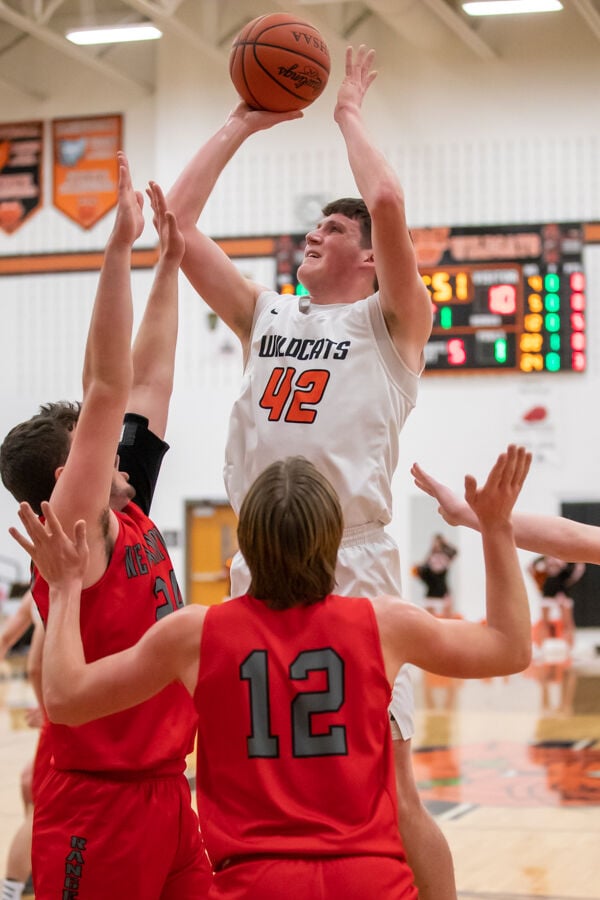 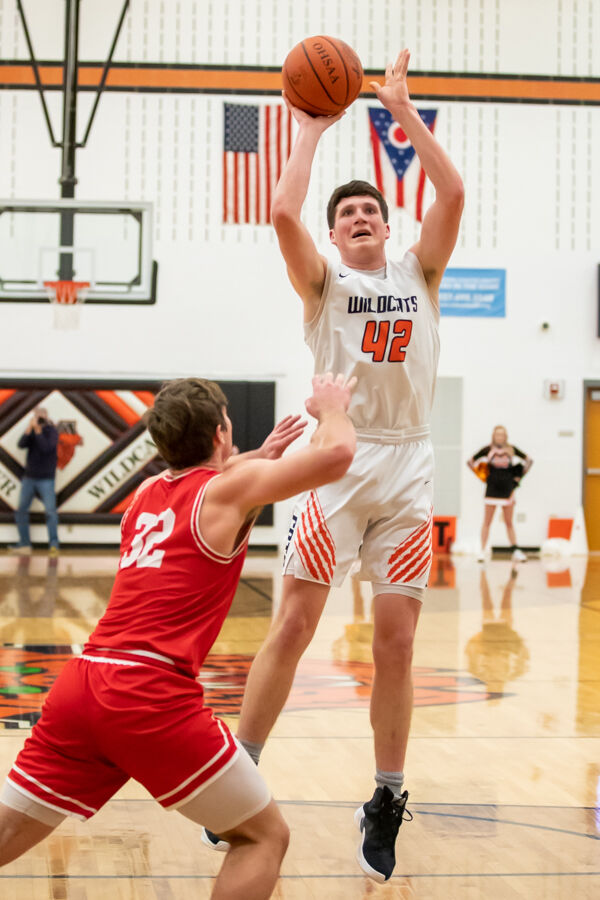 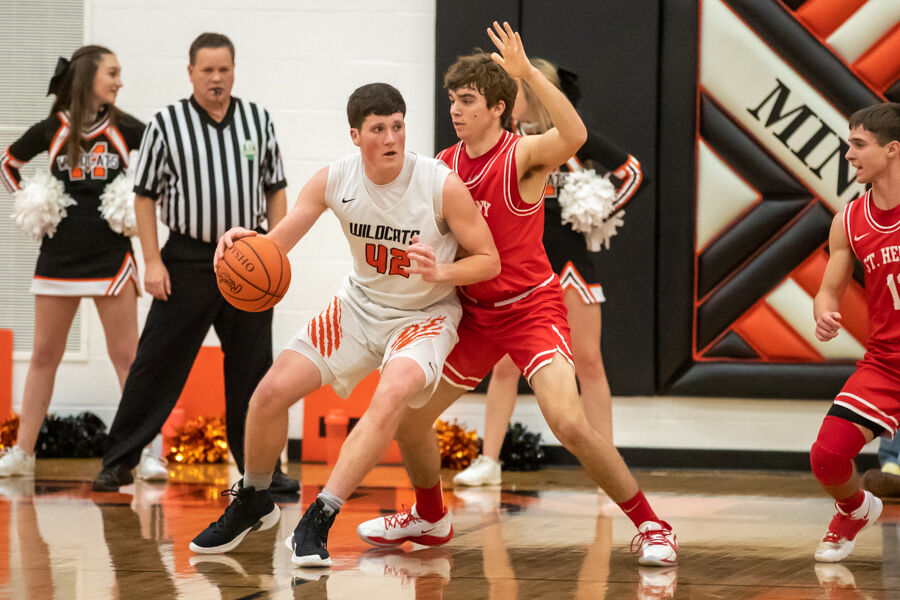 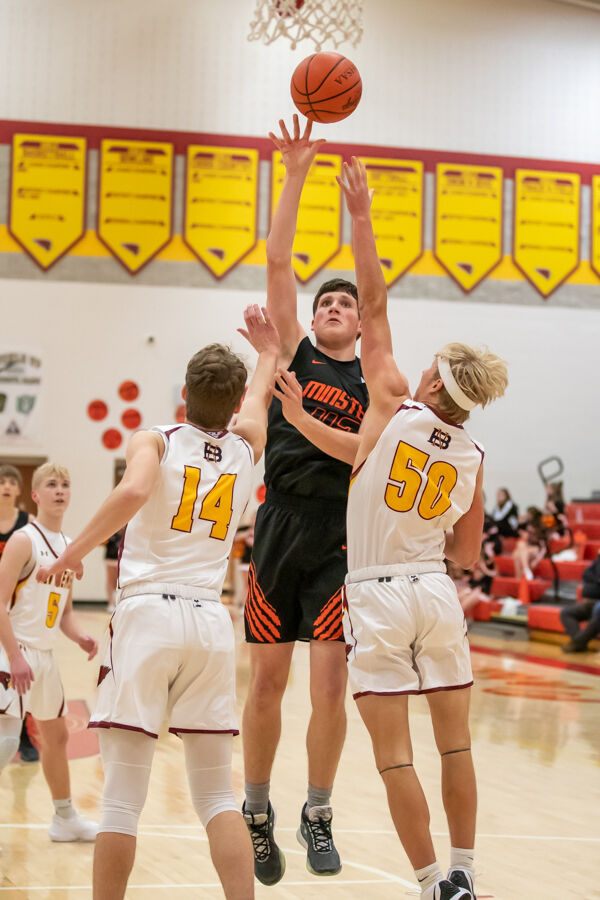 *This article appeared in the Feb. 9 edition of the Community Post.

It’s one of the main factors behind his Midwest Athletic Conference (MAC) Player of the Year candidacy this year, his progress into becoming a collegiate prospect and the team’s success as the try and earn the programs first outright MAC title ever.

Nixon has played sports for as long as he can remember and as the middle sibling of five, with three brothers and one sister, competition has been part of his life from a very young age.

Growing up, baseball was his favorite sport. It ran in the family with all the brothers playing it and his oldest brother Josh attending the University of Dayton for it.

Nixon started playing organized basketball back in the first grade but didn’t see his passion grow for the game until his freshman season when he missed the whole year with an injury.

“I fractured my back,” said Nixon. “It was freshman year of football. I transitioned (to basketball season), took two weeks off between football and basketball, started playing again and it got worse. We went to the doctor and I found out.”

“We won the MAC, watching that from the sidelines, it wasn’t fun,” added Nixon. “I was the statistician of our freshman team. Growing up, being a big sports guy, running around doing everything all the time, it was challenging to have to go through that and sit and watch my teammates play. That’s what made me want to go to the next level sophomore year.”

A sit down from the coaching staff part of the way through Nixon’s sophomore season resulted in him dressing varsity from then on. They told him they thought he could be something at the next level and although he started with minimal playing time, worked his way into the rotation by seasons end.

Minster head coach Mike McClurg remembers a moment that stood out to him before moving Nixon up to varsity.

“We were playing at Botkins his sophomore year, he was playing JV, he was on the bench full sweat,” said McClurg. “Another kid hit a shot. The emotion, he played well that game, but the emotion he had for the other kids when he was off the court stood out. Not only did he play well that game, that was the time frame when he was playing well in practice and making it hard on our varsity bigs. I remember that game, because after that game we put him into the rotation.”

“When they had that sit down and said, ‘we think you can be something in the next couple years,’” said Nixon. “That’s definitely when I kind of flipped the switch and said, ‘oh I can be good at this.’”

Nixon learned behind Jared Schulze and Cody Frericks whether it was owning your role from Schulze or rebounding from Frericks.

“A lot of blocked shots for them, getting stuffed,” answered Nixon on going up against them as a sophomore. “It was challenging, playing some of the better bigs in the MAC from 2-3 years ago in practice every day definitely helped me.”

Nixon’s game elevated between his sophomore and junior season when the team was at a camp in the offseason and he was still a past first player. The staff would hound him about it and he would realize what he could open up for his team if he became more aggressive offensively.

Nixon credits his teammates for the development of his offensive game. Sharpshooters like Jacob Salazar last year and Bryan Falk and Brady Hoelscher this year has to make teams think twice about double teaming him. His above average passing abilities make him a tough mark.

“He’s good at knowing soft spots and where the help defense is coming from,” said Minster senior Bryan Falk on what makes Nixon such a tough player to guard. “I've always noticed he’s been a good passer even when he was young. Always one of the best passers in the post.”

This year, the addition of his younger brother Johnny to varsity has added another wrinkle. With their chemistry and ability for Johnny to get open around the hoop it makes it that much more difficult for teams to guard the Wildcats.

“He’s made me learn how to finish better,” said Johnny, who has formed a lethal duo in the paint with his older brother. “I can’t do any normal layup without a hard move around him, he’s going to block it. I have to go up and under just to be able to get a shot off, he makes it hard for me. Most of the time when he’s guarding me (in practice) it’s hard to make a basket. It’s better to look out of it and get a pass than try and go up through him.”

Defensively, learning from the likes of Schulze and Frericks influenced Nixon as well.

“To grab a rebound and get a transition bucket, to get out and go, I love doing that with our team because I know we can do something with it, it just pumps me up,” said Nixon. “Blocks, to jump and get a clean swipe of the ball, I love that feeling. I enjoy getting rebounds, blocks and steals. I love the defensive aspect because it brings about the offense.”

Since his junior year, the offense has moved through Nixon. Becoming the go to guy for the team continued to buoy Nixon’s confidence to see what else he could do and it’s something he credits for continuing to evolve his game.

This past offseason, one of Nixon’s personal goals was to make further than last year where they fell in the district semi-finals to Parkway and win the MAC. The boys program has one MAC title, that was shared, in 1975.

“Us seniors, we want to win the MAC,” said Nixon.

After a junior season that saw him finish top 10 in the MAC in scoring (7th), rebounding (1st), field goal percentage (9th) and shot blocks (1st) while moving into the top 30 in program history in career points, Nixon realized he could play basketball at the next level.

“He was obviously good last year, all of last year,” said Minster senior guard Eric Schmidt. “but you could see the growth over the summer. How much better he had gotten with passing and things like that.”

“During quarantine and stuff, I remember hearing him saying, ‘I got to go workout,’ while I was going to go play video games or something,” added Minster senior Brady Hoelscher. “He would go work out with his two brothers and get better than everyone else was at that time.”

“Physically. He’s put together,” said New Bremen head coach Cory Stephens on Nixon’s growth.  “Even if he misses a shot or someone else takes the shot, he does a great job crashing for rebounds. This year, he had 24 points against us and was 10 of 13 from the field. I think at one point, we decided we were going to go zone to get it out of his hands. He hung out at the foul line when we went zone because he can hit that shot. He’s strong and smart enough to find open shooters and who’s hot.”

“His toughness late in games has given our kids a lift,” said McClurg on his impact this year. “That’s the leadership part they needed and we needed. His ability to stay focused on the task at hand and do his job when the moment gets tough, that’s the spark our kids need to know that are around him. That’s not to say he’s got to score the basketball, but we know the ball has to touch his hands.”

Nixon began to hear from teams over the summer and with help from Josh, who had been through the recruiting process with Dayton, began to converse with programs about his future. Playing time, location and cost all are factoring into his decision as he homes in on where he wants to continue his career.

Nixon also got better during quarantine, working out with Josh and Johnny as they stayed sharp in their respective sports. One on one basketball tournaments got pretty competitive with the count at three wins for each brother.

“Johnny thinks he was big because he won some of them,” said Nixon, smiling. “But I mean, most of the time I let him win. I wanted to build his confidence up for the  season. I knew he'd be a big part of this season, so I wanted to give him some leeway and confidence, that’s why.”

For now, he’s focused on this season as the team currently sits at 15-4 (8-0) and can clinch the outright MAC title with a win over Coldwater on Friday. They’ve also earned a first round bye and #2 seed in the Sectional/District brackets released over the weekend.

“It’s been a blast,” said Nixon on his senior year. “I feel like there's a lot more left with this team. Our confidence is rising the further we get into the season. not necessarily just wins but how were playing together. Our chemistry is insane, I love playing with these guys. I don’t want to say it to him but I love playing with Johnny too. We’re building confidence and chemistry as the season goes on and I feel like it’s going to be a long rest of the season.”